Today is the very first post on Friday Reads! YAY!!!! You may not be very excited, but I am! I look forward to reading all you have to share. For today, I’m going to tell you about a book I’m reading tomorrow(tonight). 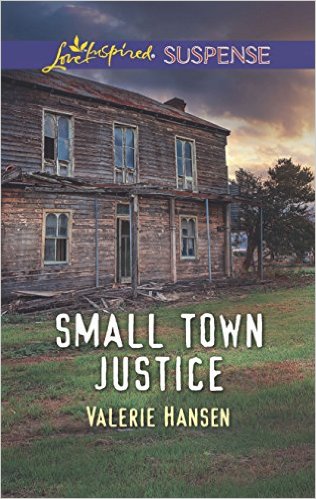 Back home in Serenity, Jamie Lynn Henderson’s determined to prove her brother was framed for the town sheriff’s hit-and-run death years ago. But as she encounters dead end after dead end, Jamie Lynn discovers someone will go to any lengths—even murder—to bury the evidence. Her only hope of staying alive long enough to uncover the truth is Shane Colton, the late lawman’s wary son. Shane’s world was shattered by one senseless act that he can’t forgive. But somehow he is drawn to protect the lovely woman trying to free her brother from prison. If they don’t work fast, Jamie Lynn’s single-minded quest might lead them both into the killer’s trap.

I have read many books by Valarie Hansen before, and can tell you she’s a great author. I’m sure Small Town Justice will be no exception. Rather you believe in God, or not, you will fall in love with her style.

My advice though, before you read a Love Inspired Suspense book, make sure you check to see if its part of a series, or multi author series. Although they are all great alone, I am one that prefers to read in order(maybe just a bit nosey) and have to re-read a book if its out of order the first go round.

“You fools,” Elder Allen hisses once more, and I flinch. “You may have scorned my methods, and not liked the way I did things, but I did all of that for a reason. I worked tirelessly to keep things the way they were, because the alternative…” he shakes his greying head, “the alternative is just too horrific to contemplate.”

Reagan, Connor, and the rest of the Shepherds might be down, but they aren’t out. They’re determined to find a way off loony island, and help the rest of the Flock escape unharmed too. But have they misjudged their foe? Is their enemy even more dangerous than they first thought? And will Andie ever come to her senses and help them?

This is the third book in the Island Trilogy by C.B. Stone. A while ago I reviewed the first two books Desperation and Escalation. Deliverance picks up where Escalation leave us..

Reagan and Connor and the rest of the Sect are still in jail, or what is considered jail. They spend their days working at different jobs, under close surveillance, and their nights in a cell with Elder Allen. The crazy old man tells them about a ‘dirty bomb’ David has hidden away somewhere on the island. Once he believes that his followers are too contaminated, he plans to kill them all.

This sets the Sect members into action. They must find a way off the island fast. While trying to spread word that the Exodus is still going to take place, they learn there are a lot more help than they first thought. One day, an all out brawl starts up. That’s when David disappears toward the docks. Reagan and Connor try to follow, only to be stopped by Josh, a devout strongly favoring with David. That is until he hears why they are chasing David, then joins them.

David is stopped and tied up, but not before he detonates the bomb. There’s no way to turn it off, or stop it. Josh makes a courageous sacrifice. He decides to take the boat away from the island to save everyone else, but will surly be the end of him.

Reagan and Connor decide to stay on the island since David is no longer controlling everything and everyone. A lot of changes are happening fast. Everyone now has a choice to stay, or leave the island. Reagan and Connor finally admit their feelings for one another… maybe a wedding in the future? (Island Book Four maybe?)

I absolutely loved this series. C.B. Stone is a very talented writer with a great big imagination, and knows how to mix them together! Maybe someday we can get a follow up. Kind of like ‘where are they now’ type book? That would be awesome! (Just a thought) If you haven’t yet, READ this series!

I received a complimentary copy of this book via the author in exchange for an honest review. These thoughts and opinions are all mine. 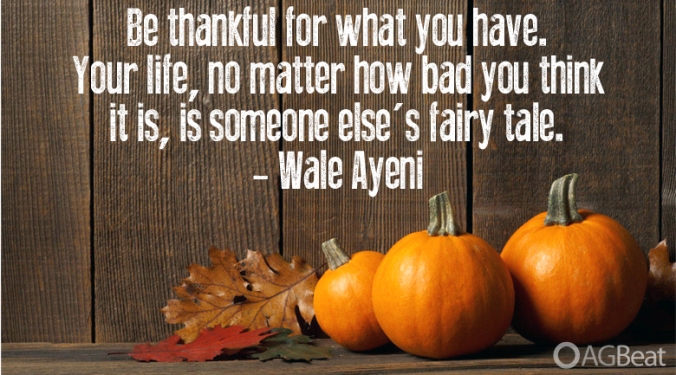 I think this pretty much explains itself. Happy Thanksgiving, I hope you all find many things and people to be thankful for.

When new evidence surfaces that Harper Shelby’s niece is possibly alive, Harper doesn’t expect it to endanger her life. For her protection, she has to put her much-guarded trust in Logan Fitzgerald, the man who unknowingly led a killer to her doorstep. Hired to track Harper down, security and rescue expert Logan doesn’t like that he’s been used to find a woman who someone apparently wants dead. Now he won’t leave Harper’s side until he can guarantee her safety and untangle the truth from the lies regarding her sister’s and niece’s murders. The closer they get to finding answers, the more intent the killer becomes on making sure that there won’t be a family reunion—or happily-ever-after—for Harper this Christmas.

Mission: Rescue—No job is too dangerous for these fearless heroes

Logan and Harper make a great pair, even if it takes them a while to figure it out!

Logan shows up at Harpers house, out in the middle of nowhere four years after her sister and niece are murdered, and trouble follows him. Turn out he was hired by her brother in law to find her, but someone close to him wanted Harper dead instead. They don’t get to her though, and not due to lack of trying. They just had too much against them.

After being chased through the woods that first day, to getting shot at while trying to go to a safe house, Harper finally gets some news. Her brother in law received a picture, and he believes its really Amelia (Harpers niece), his missing daughter. With the help of HEART, Harper is determined to find out if its really her niece or not.

They go to her brother in laws house, witness him kissing his new fiancé and end up leaving only to get ambushed on their way out of town. Which least to being with the detective when he receives news of Amelia. She was adopted by a preacher and his wife in Pennsylvania. Her ‘mom’ had come to town, started attending church regularly and claimed she was dying of cancer. She had talked the preacher into adopting the child, so she would not remember her ‘mom’ like that.

While traveling to meet the pastor and his wife Harper is poisoned, believed to be by her brother in laws fiancé, and ends up in the hospital. The same day she wakes up, Amelia turns up missing. She was taken by a woman with short black hair. If you read the book you’ll know exactly who that is…

But… Logan has to leave the hospital to help search for Amelia, and leaves Harper in the hands of the local PD, then the lights suddenly go out. After waiting a few minutes Harper decides not to be a sitting duck, only to open the door and be face to face with the woman who killed her sister and plans to kill her, and Amelia.

Of course, Amelia is a little firecracker and helps Harper out! They make it out alive, in one piece and the murderer is captured!

The best part of this whole story is Amelia returning to family, and actually remembering them! That for me was a great moment.

Shirlee McCoy is one of my favorite authors. She really knows how to draw you into a story and then keep you there until its over(or you just cant hold your eyes open any longer). Deadly Christmas Secrets was just like that, too.

I received a complimentary copy of this book from NetGalley in exchange for an honest review. These thoughts and opinions are all mine.

Like a fairy-tale, it should have been so wonderful: after a year of marriage, Grace Huntington still experiences undreamt-of passionate bliss. But stubborn doubts keep eating away at her. Despite the many happy moments when she feels close to Jonathan, sometimes he seems just as inscrutable as he did at the start. And now she has something to confess, something she knows will put an enormous strain on their relationship.

Finally, it’s what all the COLOURS OF LOVE fans have been waiting for: the continuation of Jonathan and Grace’s captivating love story.

Oh My!!!! Their going to have a baby! Grace doesn’t know rather to be happy, sad or completely scared. Jonathon had said before that he doesn’t want any kids. Has that changed? Will he leave Grace if she doesn’t give up the baby?

While she’s trying to decide how and when to tell him about the baby, she finds out that Yuuto is in his office. Instead of waiting for Jonathon to tell her what’s going on, she rushes up to his office and hears Jonathon saying it was a huge mistake, and he’s going to fix it! Grace automatically believes he is talking about their marriage, she runs out of the office leaving a mess behind. (Really Grace? He love you, I seriously said that in a loud angry voice…the stares were priceless:) )

She goes to see Annie and talk things over, only Jonathon follows her down stairs, and wants to speak to her alone. After finding out why she ran, he explained that she was completely wrong! It turns out he believes Yuuto is the one causing problems for the company, only has no proof. Grace then tells him what had been bothering her as well…

Grace of course has an idea about Yuuto that Jonathon readily agrees to. She is the only person that can make Yuuto lose his temper, pretty fast too. He admits a lot in his fit of rage, then is completely shocked when Jonathon makes a noise behind him. Jonathon pretty much gives him two choices, back off the company or I’m coming after you and your company. I believe Yuuto finally gets the message now.

The best news of all? Jonathon is accepting about the baby, concerned even. I believe there was some happiness mixed in with fear also…but for now, they are happily getting ready!

Hopefully there is more to this series!!! I want to know if its an heir or heiress? I really need to know these things! The only downside, for now, is I still have questions I want answered! And, Unleashed was wayyyyyyy too short!!! I mean, what about Sarah and Alex? Is Annie going to get married and have Grace as her matron of honor? How is Jonathon as a dad? I need more, I loved the Colour of Love series but Unleashed was just a let down for an ending, if indeed it was the last 😦

I received a complimentary copy of this book via NetGalley in exchange for an honest review. These thoughts and opinions are all mine. 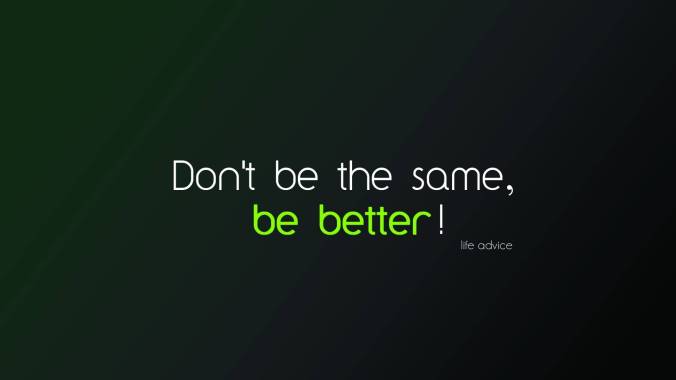 While trying to decide what to use for #WCW I was thinking about my life, marriage, and work. The work part stuck with me. I work in a local grocery store and constantly deal with all sorts of people. Some people are just plain rude and uncaring towards everyone they come into contact with. When seeing this quote, it hit me that I’m always saying this to myself. Don’t give them the same treatment, kill them with kindness, just breathe and smile. All little reminders to be the best person I can be no matter how I’m treated. Most of the time it works 🙂 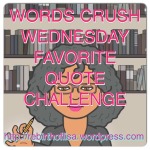